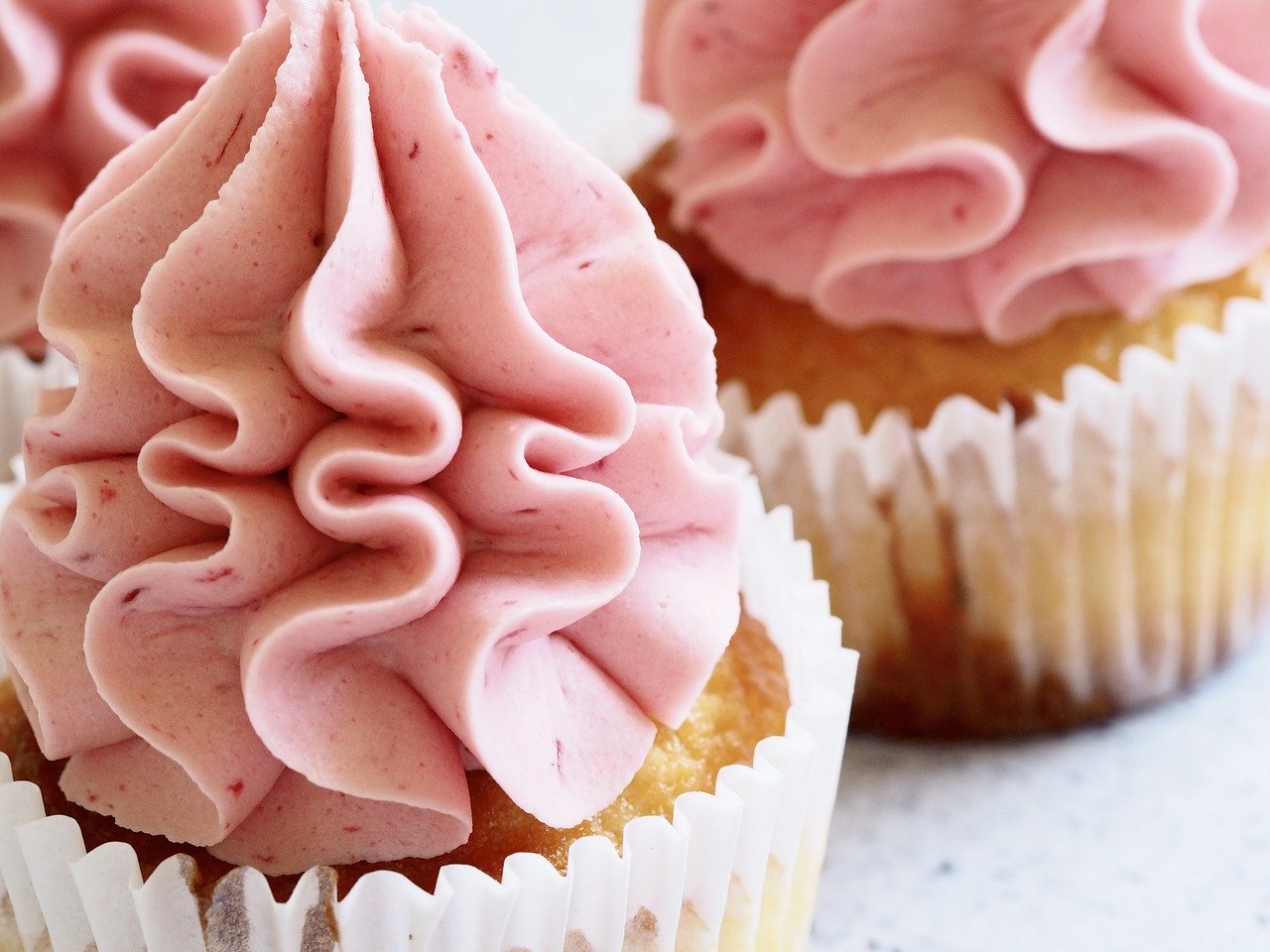 14 Herbs and Spices that Can Fight Intense Sugar Cravings!

Sugar is present in a variety of foods but has a bittersweet reputation when it comes to health as it does more harm than good.

Sugar cravings disrupt weight loss efforts and put our health at risk when we choose to constantly satisfy those cravings by eating foods high in sugar. Processed foods lack vital nutrients and are loaded with added sugar. Cutting the sugar craving may seem difficult to achieve but remember, nothing is impossible! You can fight intense sugar cravings!

What leads to sugar cravings?

Sugar cravings are common. But what stimulates these cravings? Several regions of your brain play a crucial role in crave sensation. Sugar causes the opioid receptors in your brain to activate, which triggers your neurological rewards system to flare up. As a result, you crave for your favorite sweets again and again.

Several factors play a role in sugar cravings. Some include:

Herbs and Spices for Sugar Cravings

How to Stop Sugar Cravings Instantly

Fight Intense Sugar Cravings with These Herbs and Spices

Every day, herbs and spices are consumed by millions of people around the world for their many health benefits.

Below we discuss how some herbs and spices can be beneficial in reducing or eradicating sugar cravings.

This natural and warming sweet spice has been used for centuries for a variety of reasons, most being medicinal. Cinnamon contains various polyphenol compounds that are antioxidant and anti-inflammatory. These properties help with the reduction of oxidative damage to cells and tissues in the body, thereby reducing exposure to chronic diseases. It’s been noted that oxidative damage is a contributing factor to certain diseases such as MS, Parkinson’s, heart disease, and Alzheimer’s, among others.

How could cinnamon help reduce sugar cravings? Cinnamon possesses polyphenols that could help regulate glucose (i.e., blood sugar). Ceylon cinnamon is efficient in the regulation of how glucose is used in the body. The regulation of blood sugar is crucial to curbing sugar cravings.  Cinnamon also contains blood-thinning properties that may increase blood flow and circulation. Better blood flow to the muscles and organs can help boost metabolism.

This herb is cultivated in India, the Mediterranean region and North Africa. Its seeds are used for ailments ranging from anemia and stomach disorders to diabetes and heart health. Fenugreek may regulate blood sugar and improve insulin levels in people with diabetes when a standardized extract is taken. It contains glucose-regulating features, so there is an indirect relationship between fenugreek supplementation and decreased sugar cravings.  The potential results are improved glucose regulation and insulin sensitivity.

An ingredient in curry powder, this is the spice of the moment. One of the golden, traditional uses of this spice in Ayurvedic medicine is its potential ability to help people with diabetes. This implies it could aid in blood sugar control, amongst its other advantages. The substances found in turmeric are called curcuminoids. They may influence blood sugar levels by blocking alpha-glucosidase, an enzyme that converts starches and table sugar to glucose (blood sugar).

By blocking this enzyme, sugar absorption is delayed or reduced, keeping blood sugar stable and preventing sugar cravings. Alpha-glucosidase inhibitors are currently used for the treatment of type-2 diabetes. They work by stopping the enzyme from digesting starches and table sugar. Modern research has discovered that curcumin or turmeric may help to lower blood sugar in diabetic animals and humans.

This herbal medicine has been used for centuries in Chinese medicine for its antioxidant and anti-inflammatory effects. It is one of the more widely-used and popular herbal medicines throughout the world. This adaptogen root is considered a potent immune booster because it may reduce the risk of certain cancers, relieve stress, and improve mental well-being and performance. This is the result of ginseng’s potent class of compounds, known as ginsenosides, which function as strong antioxidants by reducing oxidative inflammation and stress. Ginseng is considered an effective blood sugar stabilizer because it has been shown to help lower fasting blood sugar and postprandial (after meal) glucose levels.

The anti-inflammatory properties of ginger could help increase insulin sensitivity and reduce inflammatory processes, chronic pain, nausea, and cholesterol levels. It can be added to a smoothie or brewed into a tea with a little raw honey, turmeric, and fresh lemon.

This spice is frequently used in pumpkin pie, custards, eggnog, curries, punches, and baked goods. Nutmeg has anti-inflammatory substances that benefit health. One such benefit is its ability to work as an antioxidant. For sugar cravings, nutmeg has mild Monoamine Oxidase Inhibitor (MAOI) compounds. MAO inhibitors block enzymes that break down serotonin and other neurotransmitters. By acting as a mild MAO inhibitor, the breakdown of serotonin is reduced, therefore, increasing its availability. Serotonin deficiency has been shown to trigger carbohydrate and sugar cravings.

This spice contains piperine, a compound that aids in the treatment of ailments from gastrointestinal problems to arthritis. Piperine is added to certain herbs to increase the body’s ability to absorb them better (e.g. turmeric). Black pepper also contains chromium, a mineral shown to regulate blood sugar levels; thereby reducing sugar cravings.

This spice produces sweet, spicy, and savory tastes. Some people have compared it to mint, and add it to their oatmeal or breakfast cereal to fight sugar cravings. Cardamom tea during the day may keep the cravings away. It helps combat sugar cravings due to its ability to suppress α-amylase & α-glucosidase enzymes that break down starches and convert them into blood sugar. This helps regulate glucose metabolism, allowing cardamom to have a potential anti-diabetic effect on the body. Thus, regularly consuming cardamom could help reduce sugar cravings.

Mint is warm, refreshing, and comes in different varieties. It contains substances that may reduce cravings for sweets and works best by mixing it with your chosen blend of herbal tea. Choose from spearmint, peppermint, or more – take your pick. You can steep it, pick it, dry it, or even use fresh mint.

When searching for something both sweet and stomach-settling after dinner, try peppermint tea. It’s made from dried peppermint leaves and has a relaxing impact on the stomach, calming it after a meal. It could also help fight sugar cravings.

Also called “holy basil,” tulsi has been used for its medicinal features by Indian and Sri Lankan people for centuries. It is considered a multi-purpose remedy for fighting colds and the flu, improving the immune system, and purifying the blood. Popular medicinal properties of tulsi include blood-sugar regulation and reducing stress. Studies have associated tulsi with hypoglycemia (i.e., low blood sugar) and diabetes treatment because of its potential ability to moderate and reduce blood sugar.

The leaves from this South African herbal tea come from a shrub called Aspalathus linearis. It is caffeine-free and an alternative to black or green tea. The antioxidant, Aspalathin, found in rooibos tea could regulate blood sugar by improving impaired glucose tolerance and increasing insulin sensitivity. One study showed aspalathin’s potential ability to assist type-2 diabetes by ‘stimulating glucose uptake in muscle tissues and insulin secretion from pancreatic beta-cells’. These functions are particularly important for regulating sugar cravings.

Used in Chinese medicine for blood sugar regulation, it may help curb sweet cravings. Once considered a go-to remedy for lowering cholesterol and high blood pressure in ancient China, the belief originates from the millennia-old Traditional Chinese Medicine (TCM) scripts relied upon and tested by generations for many years. According to researchers, bitter melon possesses phenolic compounds that are antiviral and antimutagen (i.e., any substance that suppresses a mutagen). Drinking bitter melon tea may help fight sugar cravings due to its ability to regulate blood sugar. Additionally, a few limited studies show it contains a multitude of compounds that mimic insulin’s ability to lower blood sugar.

As discussed, many different teas help fight intense sugar cravings. Drinking them enables you to take advantage of their many health benefits and potentially reduce or eliminate those pesky sugar cravings. If any of these teas pique your interest, you would have to evaluate them for potential drug interactions. Also, your doctor may advise against consuming them if you are pregnant or nursing. Reducing sugar cravings is just one small piece of the weight loss puzzle.

If you found this article useful, please share it. We’d greatly appreciate it!