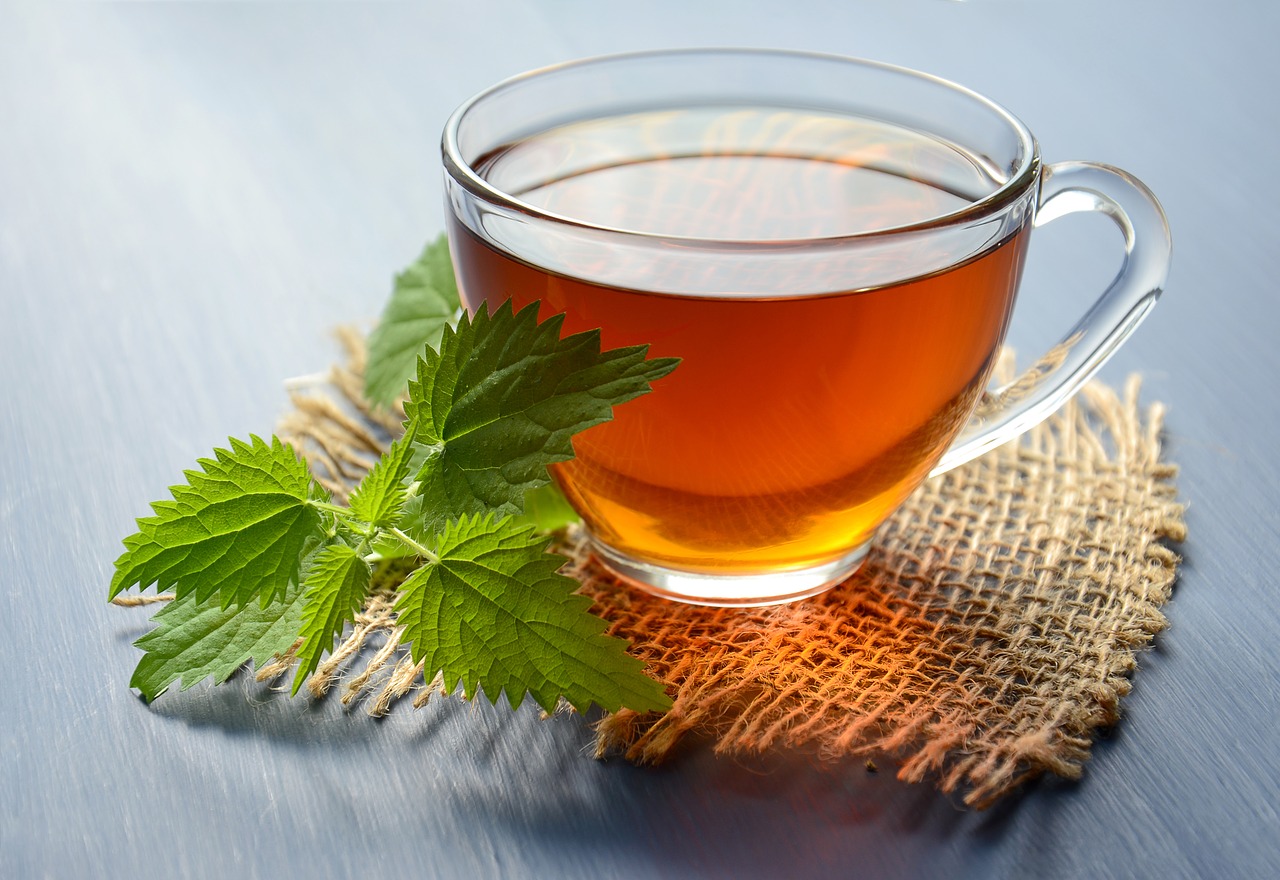 Tea is well-known for its health benefits. One often-overlooked benefit is weight loss.

Listed below are different types of tea shown to contain fat loss properties, which are potentially helpful to those on a weight loss journey.

Green tea is one of the more popular herbal teas, as well as one of the healthiest. It contains a significant amount of antioxidants and plant elements that can optimize health and stimulate weight loss. One such antioxidant green tea contains is Epigallocatechin gallate (EGCG). It helps the body burn fat by blocking the enzyme that blocks the release of norepinephrine, a chemical that tells the body to use fat for energy.

According to a couple of sources, here are the best ways to maximize the fat-burning effects of green tea:

White tea is the cousin of black tea and is made from the young leaves and new buds of the plant. It is considered one of the purest teas available, and since it is dried naturally, the minimal processing makes its antioxidant content higher. White tea is made from the Camellia sinensis plant, which also contains catechins like epigallocatechin gallate, but it can have different tastes.

According to a 2009 study, white tea could act as a fat blocker. Its active ingredients directly affect the fat metabolizing enzymes, potentially inhibiting the formation of new fat cells. The study also showed that white tea can help the body burn fat by stimulating its breakdown. White tea also has a moderate amount of caffeine, which is widely known as a weight-loss stimulant.

Oolong tea is made from the leaves of the Camellia sinensis, which are also used to make blend green teas. It has a broad spectrum of benefits, but for this article, the focus will be on potential fat-burning effects. Oolong tea also contains catechins. This group of polyphenols may help boost metabolism by regulating fat-building enzymes in the body. A six-week study published in 2009 discovered that after consuming oolong tea, participants dropped an average of 6 pounds.

Oolong tea may also increase metabolism by 20 percent for a sustained period of 2 hours, as witnessed by researchers in a 2001 published study. Oolong tea also contains ellagic acid, an antioxidant found in red wine that has been shown to help the body burn fat. It may increase the body’s immune response, potentially helping to keep harmful bacteria at bay

Pu-erh is an aged, fermented tea. The leaves are fermented before they are dried, changing the composition of the tea and adding more healthy microorganisms that increase its effectiveness. This tea may help ward off obesity, high blood pressure, and other conditions that can lead to an increase in fat mass. Pu‐erh tea may reduce the plasma, total cholesterol, triglyceride concentrations (bad fat in the blood), and low‐density lipoprotein‐cholesterol (LDL, also known as unhealthy or bad cholesterol).

The recommendation states to drink this tea one hour after eating the last meal to help the tea eliminate or reduce any excess fat from digested food.

Guggul tea also offers numerous health benefits, including weight loss. This herbal tea may help the body burn fat due to the presence of a compound called guggulsterone. According to a 2008 study, the compound can influence lipolysis (the breakdown of fat). In other words, guggul tea could play an active stimulant role in the process of breaking down fat. It has been recommended for people with underactive thyroid problems, metabolic syndrome, and high cholesterol. Because of its bitter taste, some people may opt to buy it in supplement form.

The potent mushrooms associated with Chaga Mushroom Tea are usually consumed in tea form but can also be purchased in pill and powder form. Despite its potential cancer-preventing properties, it has been also found to act as an appetite suppressant. Because of its appetite-reducing ability, it may also help reduce cravings for certain foods. Chaga Mushroom is rich in many vitamins and minerals such as copper, zinc, magnesium, iron, potassium, vitamin B1, B2 and B3, and vitamin D2.

Originating from the ‘red bush’ plant in the Cedarburg region of South Africa, this tea contains high levels of flavonoids. Regular consumption of foods and beverages high in flavonoids may reduce the chances of developing chronic and cardiovascular diseases, cancer, and neurodegenerative disorders. Rooibos tea has high levels of one type of flavonoid in particular, aspalathin, that studies have shown provide numerous benefits for human health and overall well-being. Researchers from a 2009 study noted that aspalathin and another antioxidant nothofagins found in rooibos are “stronger in antioxidant activity than other flavonoids.” Therefore, it possesses strong anti-inflammatory properties for reducing oxidative stress and inflammation. As a result, rooibos tea may defend against DNA damage and chronic inflammation linked to obesity and a myriad of other health problems.

This is another aromatic and widely consumed tea used as a weight-loss stimulant. Mint tea may benefit people who suffer from overeating and find it difficult to lose weight. Mint tea reduces the appetite, suppresses cravings, and may also provide other health benefits like constipation relief, gut health improvement, and intestinal motility.

Barberry tea is a Chinese tea known for its healing properties; however, it may also help with weight loss because it contains berberine. According to numerous research studies, berberine is an essential compound that could help the body burn fat. Studies conducted on its effectiveness suggest it may boost the body’s ability to use more energy and decrease the number of fat receptors on the fat cells, which would result in a reduction of absorption and storage of fat.

Berberine can also potentially lower blood sugar, thus helping reverse insulin resistance. Research studies have noted that the compound of berberine can help promote the growth and activation of the fat-burning beige or “brown” fat and activate thermogenesis in white fat.

Known as the butterfly pea tea, blue tea is made of butterfly pea-flower, a plant in the pea family. Blue tea is lesser known than other teas that contain catechins (e.g. green or oolong tea). Its blood sugar-regulating properties may help improve glucose metabolism, also important for weight loss.

According to a report published in the Journal of Ethnopharmacology, blue tea ‘has been used for centuries as a memory enhancer, nootropic, antistress, anxiolytic, antidepressant, anticonvulsant, tranquilizing and sedative agent. A wide range of secondary metabolites including triterpenoids, flavonol glycosides, anthocyanins and steroids has been isolated from Clitoria ternatea Linn. Its extracts possess a wide range of pharmacological activities including antimicrobial, antipyretic, anti-inflammatory, analgesic, diuretic, local anesthetic, antidiabetic, insecticidal, blood platelet aggregation-inhibiting and for use as a vascular smooth muscle relaxing properties.’

Blue tea is caffeine-free, making it a great alternative for caffeine-sensitive people or those wanting a late-night drink without worrying that it will keep them up all night. Blue tea may block the absorption of iron from foods and supplements, so someone taking iron supplements should wait until several hours after consuming blue tea.

Processed from the same Camellia Sinensis plant that processes green tea, it also contains the potent polyphenol epigallocatechin gallate (EGCG). Yellow tea can be identified as Junshan Yinzhen, Huoshan Huangya, Beigang Maojian, Da ye Ging, and Haimagong Cha. Countless studies, including this one, show that polyphenols like EGCG help the body burn fat through a process of fat oxidation. Also, yellow tea contains caffeine, which some studies show enhances the fat burning effect of EGCG (though over-consumption of caffeine may mitigate its fat oxidation effects).

This Ayurvedic herbal tea is rich in nutrients and provides numerous benefits for overall health and well-being. Because of its potential for increasing the function of natural killer cells and reducing stress, Ayurvedic supplementation may significantly impact the immune system. Stress weakens the response-ability of the immune system to fight off dangerous bacteria, viral infections (e.g. coronavirus/COVID-19), and other pathogens. The Ashwagandha herb is touted as one of the most potent adaptogen herbs on the market today. Adaptogen herbs help the body deal with stress and anxiety as well as regulate cortisol and blood sugar.

When it comes to weight loss, Ashwagandha may help the body burn fat by regulating cortisol and supporting the adrenal glands. The adrenal glands are responsible for secreting cortisol. Studies suggest this herb regulates blood sugar, improves muscle mass development, increases testosterone, and reduces stress. For those dealing with chronic stress, Ashwagandha may be effective at helping the body deal with the negative effects of prolonged stress. Chronic stress is an often overlooked but significant factor in obesity.

Ashwagandha’s other potential health benefits include cholesterol level and gastrointestinal health improvements; as well as improvement of symptoms associated with depression. Ashwagandha tea may also optimize energy levels and enhance sleep. All these features combined mean Ashwagandha can potentially help a person on their weight loss journey and assist with enhancing their overall health.

This is the spice of the moment. Turmeric is a common spice and a major ingredient in curry powder. Substances found in turmeric, called curcuminoids, could influence blood sugar levels by blocking alpha-glucosidase. It is an enzyme that converts starches and table/added sugars to glucose (i.e., blood sugar). Blocking this enzyme reduces the body’s sugar absorption, thereby decreasing blood sugar spikes and reducing sugar cravings; one of the biggest obstacles to a person’s weight loss.

Research studies revealed that turmeric helped participants lower their weight and Body Mass Index (BMI). This study in particular revealed that its participants dropped bodyweight, lowered their BMI, and reduced their waist and hip circumference by taking 800 milligrams (mg) of curcumin with 8 milligrams of piperine twice a day. Piperine helps the body absorb curcumin and is a compound of black pepper.

Turmeric’s anti-inflammatory properties may also benefit the digestive system. More specifically, it may ease digestive issues like bloating, excess gas, and indigestion; and based on current information, it may also improve bowel movements and functionality.

Turmeric may interact with blood-thinning medication or increase blood thinning, as well as interfere with iron absorption. Those with gallbladder problems may also want to avoid turmeric. In extremely rare cases, it can elevate liver enzymes. This was the case with a woman who took turmeric supplements.

Its antioxidant properties may help with weight loss. Gingerol, a compound of ginger, may regulate blood sugar; and 6-paradol, another compound of ginger, could activate brown fat, which helps the body burn fat. A 2019 study showed that participants who supplemented with a ginger extract dropped more weight (including fat) than the non-ginger extract/placebo group.

All in all, the fat-burning process can be challenging; however, it can be achieved. Drinking teas with potential, fat-burning abilities is just one small piece of the weight loss puzzle. The teas will only help if the user follows certain nutritional guidelines and addresses certain physiological issues.

Tea can be a great addition to your weight loss regimen. It provides numerous health benefits and may boost weight loss; however, as with anything else, it shouldn’t be considered a cure-all, but more like a supplement. To maximize potential weight loss, it should be paired with healthy eating and regular physical activity. Addressing physiological issues are also important.

If any of the teas mentioned above interest you, it is important to confirm their potential medication interactions. In addition, women who are pregnant or nursing should always consult with a doctor before drinking any tea or herbal supplement.